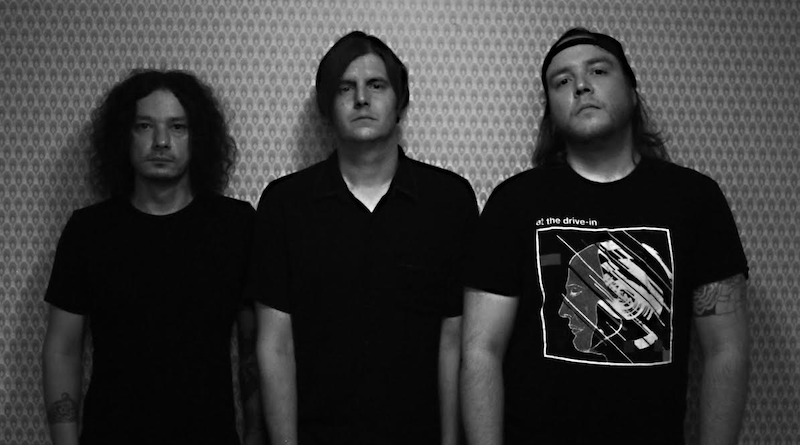 At last, the  punk rock oddballs Baby Bones are ready to release their new EP titled Curse of the Crystal Teeth. Their latest effort will be set loose tomorrow,  April 14 via Gubbey Records and will be available physically on CD and cassette, and online digitally and on various streaming services. Get a load of “Pay Us In Dimes”, the first single from the EP below (stream the album in its entirety at LEO Weekly):

Be sure to get your ass out to Kaiju tomorrow night for the Curse of the Crystal Teeth release show which will also feature performances from The Archaeas and Total Void (go here for more details). To get you hyped on the show and new EP, we reached out to the band for an interview to get better acquainted with who they are and what they’re about. Read on as Baby Bones members Dave Rucinski, Jason Brandum and Thomas Burgos talk about their band’s songwriting process, the current state of Louisville punk and more.

Never Nervous: Tell us about Baby Bones. Who does what, and how did the band originate?

Thomas Burgos: I play guitar and sing. Also, for the EP I played the bass guitar. Tony Downs has now stepped into the bass role and we could not be more stoked. The original idea was to just jam together to have something extra to do. We kinda just never stopped getting together.

Jason Brandum: I play the drums. We’re friends that decided to get together and play music and we never really stopped.

Dave Rucinski: I play guitar and sing. I also engineered and recorded our latest record. We were jamming and had an opportunity to record a song for a local compilation, it was a blast and we just continued to record.

NN: Your single “Pay Us In Dimes” has a strong Fugazi meets Black Sabbath vibe to it. Who or what inspires you write songs in Baby Bones?

Jason: As far as inspiration goes, I think seeing this band grow from the beginning to present really inspires me.

Thomas: Those are two of my favorite rock bands. I’m inspired by any artist who is brave enough to make the art they make, and believe in themselves enough to put it out there for all to see/consume.

Dave: What inspires me is the freedom of this band, there are no weird constraints, and we are free to do whatever we want. This has really helped each of us grow as musicians.

NN: How’d you describe the music that Baby Bones makes to someone that hasn’t heard you?

Thomas: Baby Bones sounds like the man Clark Griswold becomes at the end of Vacation. A bad mofo who doesn’t take no shit.

Dave: I think we ride the razor’s edge of quite a few genres of music, we are fairly unpredictable and probably don’t fit into any specific box.

“We meet up with instruments and hit record. No pre-written licks or lyrics.”

NN: How does the song writing process work?

Jason: All our music is created on the fly. We meet up for rehearsal, and just kinda go with the flow of that day. If we stumble upon something we think is great we start tracking ideas. It goes from there.

Dave: We get into a room and play, when we find something we can all stand behind and we hit record. We then review the recordings and take from those pieces and make songs. None of us sit around beforehand and come in with something we wrote at home, we just get in a room and hammer it out, — it is a group mind kinda thing, we write fairly quickly. These are some of the best players I have ever played with and everyone has excellent bullshit meters too. It is really freeing and musically challenging at the same time, which is really exciting to me, we can get way out there at times.

Thomas: We meet up with instruments and hit record. All of it is born out of that. No pre-written licks or lyrics.

NN: What’s with the name Baby Bones anyway? Is there a macabre meaning behind your band’s name?

Jason: No, it is just a name, nothing macabre or anything like that

Dave: Additionally, the title of our album The Curse of the Crystal Teeth is not a reference to meth. The title was intended to sound like a young adult Nancy Drew mystery/adventure novel.

NN: What’s new with Gubbey Records? Are there any special plans on the horizon?

Dave: We are still rolling along. Our first release this year will be this Baby Bones record of course. We have another record coming soon from the very awesome Heat Machine and we also have a new compilation that we are working on as well. In fact, there a quite a few records in various states of production right now, some new names and some old names, we will announce them as we get closer to release. And while we will always release music from all genres, we will probably be trending a little louder this year as I tend to shift the label’s focus based on what I see/feel that is undeserved in the music community. Every year is different, this year it is loud.

“I tend to shift the label’s (Gubbey Records) focus based on what I see/feel that is undeserved in the music community.”

NN: Are there plans for another Head Cleaner compilation?

Dave: I hate to say it and not to disappoint anyone, but not for the forcible future. After the last one (188 Louisville bands, spread across three cassettes and 2 digital download volumes, clocking in at 9 hours +) I had to put the brakes on, It nearly killed us. As you can imagine, the amount of production hours were astronomical and just really wore our little team down. But, I am still super proud of Head Cleaner and what the Louisville music community accomplished with that compilation series. Possibly one day we will give it a go again, but now is not the right time.

And while Head Cleaner is on the shelf for the forcible future, Gubbey Records is going to be getting back to releasing compilations again. We realize that comps are how most people discover Louisville music they may not yet had a chance to check out and that is really important. We currently have two that we are working on putting together, the first one is closer along so I can talk about it.

The new compilation will be called Type 1 and will be a benefit. 100% of the proceeds of the compilation will go to help fund Type 1 diabetes research. We have space for around 10-12 bands. We are on a pretty loose on the time table, but if bands are interested in participating, keep it posted for announcements or just send us an email and throw your hat in the ring for consideration. We can’t take everyone due to space, but we will surely consider everyone regardless of what kind of music it is.

NN: How do you feel about Louisville’s music scene today as compared to 10 years ago, and where do you see it heading in the future?

Dave: Music scenes ebb and flow, get strong and weak, some even die. But, Louisville’s music scene has some kind of weird luck in that it almost always had some serious quality to offer each generation of listener.

When I was growing up in the 1990’s the music in Louisville was loud and edgy punk/hardcore. Nowadays, the music is not nearly as loud and in most cases, not nearly as edgy. Louisville has moved far away from the 1990’s and exploded into a multitude of genres. And depending on how you look at it, that is not a bad thing at all, that is an amazing amount of growth, there are pockets of almost all styles of music to be found under various rocks in the city.

One thing that really excites me is this young scene of punk/metal/hardcore kids that are putting on house shows or playing all-ages shows at Spinellis. There is a lot bubbling up from that scene and I think it is really exciting to see kids excited about local music, especially with all the other entertainment options vying for their attention these days. It is a breath of fresh air to me, the next generation of Louisville music freaks has arrived.

Jason: I think the music scene has always been full of solid, hard working bands. Making music of all kinds. Past and present I think Louisville is home to great music. I do wish there was more venues that gave a shit though, I can only think of a handful. So that what I think might be lacking in my opinion

Thomas: I’m not from Louisville. But, I did grow up in Kentucky, music and Louisville were synonymous. I moved to Louisville ten years ago, right when the wave had crashed its last into the shore of the Ohio. A few years ago I was doubtful it would ever be the same. But with the emergence of new bands like GRLwood and the reemergence of bands like Parlour, my contribution to Head Cleaner and listening to 180+ bands with intent and love gives me a feeling that it’s heading somewhere good. Maybe better than 10 years ago, which are some big shoes to fill. We’re excited to catch that wave.

“The next generation of Louisville music freaks has arrived.”

NN: If you could be any fictional character, who would it be, and how would you defeat Trump with their powers?

Jason: I would be a Martian, and rather than fight Trump, I would travel back to Mars in my flying saucer.

NN: Does Superman suck? I think he sucks. He’s got every power ever and is super boring. Right?

Thomas: Yea…I guess so. Comics ain’t what they used to be, man.

Jason: The only issue of Superman I bought as a youth was the DEATH OF SUPERMAN issue. And even that sucked.

Dave: Who the fuck is Superman?

NN: Before you go, tell us about your favorite song from 2018 thus far.

Jason: LOSING MY MIND – BARRENCE WHITFIELD AND THE SAVAGES

Thomas: I haven’t been able to listen to anything else other than King Gizzard and the Lizard Wizard.

Dave: I am digging the new Shannon and the Clams record Onion. 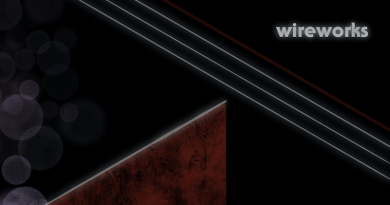 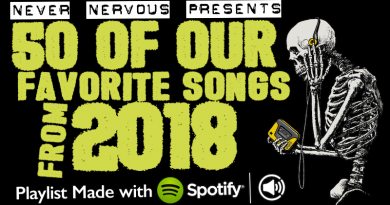 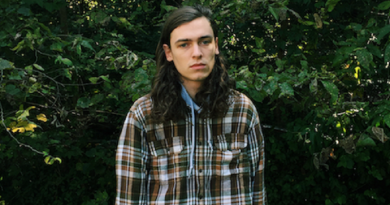 INTERVIEW: Bryan Garris of KNOCKED LOOSE talks about the future of his band, tour stories, and the “C” word!