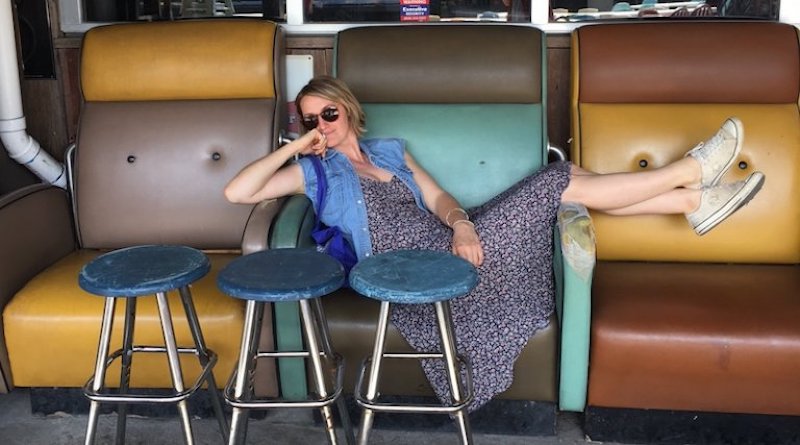 There’s a heavenly force behind the alluring music that singer/songwriter Joan Shelley creates that makes me think of warmer weather. As Spring continues to slowly creep out of the shadows, Shelley has provided the perfect soundtrack with her latest EP Rivers and Vessels, which was released last week via No Quarter Records.

Her latest effort, which was engineered and mixed at La La Land features 6 covers including Nick Drake’s “Time Has Told Me,” Dolly Parton’s “The Bridge,” J.J. Cale’s “Magnolia,” Connie Converse’s “How Sad How Lovely,” and the traditionals “Pretty Little Miss” and “Silver Whistle.” My personal favorite is her take on “The Bridge” which also features the graceful voice of Will Oldham aka Bonnie “Prince” Billy. The two of them always sound so damned good together, and as you’d expect, this track is not different. Listen to it below:

As I’ve become more and more of a fan of Joan Shelley over the years, I figured it was long overdue to reach out to her for an interview and thankfully she obliged. Read on as we discuss her passion for music, what drives her as an artist and more…

Never Nervous: How long have you been at it as a recording and performing musician, and what was the inspiration that motivated you in the beginning?

Joan Shelley: Since I was 9. That’s when I first submitted a song I wrote to an art/music contest at my elementary school and won a little plastic trophy for it. So, that felt good. Praise at that young age really affected me. Plus I was quiet socially, so that was my outlet.

NN: What drives you as a songwriter? Whether it be related to music or not, what ignites your passion to create?

JS: For a while it arose out of some kind of anxiousness or unease, things that were going on below the surface. The process of writing feels good, helps set things right again. Nowadays I’m driven more by a desire to improve as a writer and to write with more frequency, relying less on emotional rushes. When there’s no immediate event to react to, it becomes more about following melodies or guitar picking patterns that are interesting and seeing what is there in the mundane or seemingly calm world to write about and explore.

NN: How have you evolved as a songwriter over the years? Are there any new inspirations behind the music you make that weren’t there to start with?

JS: Ha, yes, and thank god YouTube wasn’t around to record my first attempts. I was regurgitating ideas of love I’d swallowed whole from pop songs and movies. The goal, after a certain point, became to see through those fantasies and try to be more and more open to seeing what was really going on within myself and between myself and others.

NN: The term “indie folk” is a turn off for me, and I’d hate to describe the beautiful music you make as falling into a bland, overly saturated subgenre. How’d you describe your songs to someone that hasn’t heard you?

JS: Sure thing. Singer/songwriter, heavily acoustic guitar-based these days. Personally I don’t like committing to a genre, because with my music, everything centers on the songs rather than the style. The songs are intentionally understated, and the music has to sit behind that. It’s not made for radio or to be loud and catch everybody’s attention. So people tend to call it folk, because it’s quiet. It has little relationship with traditional folk music, which often was made for dancing. This might be something more like lullaby meets Grimm’s fairytale meets breakup letter.

NN: Aside from your solo records, are you involved with any other musical endeavors?

JS: This winter we recorded a new EP that’s out March 28, called Rivers & Vessels. I chose some songs that I wanted to cover, and invited some of my favorite Louisville musicians to join me on them: Bonny “Prince” Billy, Nathan Salsburg (of course), Julia Purcell, Daniel Martin Moore, John Pedigo, and Sean Johnson (plus a bonus Canadian, Doug Paisley). The album sales will all go to benefit Kentucky Waterways Alliance, a great organization whose mission is advocating for clean water in our state.

Along with that I have been picking up with Maiden Radio again, which has always been a nice soft place to land, musically, when Nathan and I aren’t touring. And I’m very excited to be playing with the Louisville Orchestra as a part of their Festival of American Music. We just had a rehearsal and all my hair is still standing on end. I want to take the bassoons around with me everywhere now.

NN: The self-titled record you released last year works for me as a cohesive collection of songs that come together as one big piece of music that I enjoy listening to from start to finish. Having said that, do you have a particular favorite song from your latest album?

JS: I suppose “Isn’t That Enough” is one of my secret favorites. Something about that song feels like the “…” of that record. — another room to walk into. I love the way piano and guitar sound together on that song. I am looking for a good upright piano to practice with at home.

NN: Now that your latest LP has been out for a while, what’s the plan moving forward? More music? Touring? Or maybe you just want to take a break and get caught up on Game of Thrones?

JS: After the orchestra show and the release of the EP, Nathan and I go back on the road in April, opening for two of my heroes: Richard Thompson and Chris Smither. After that we do a headlining a tour with another new band from Louisville, The Other Years, opening.

NN: When it comes to performing live, what is your ideal setting? I’ve seen you in smaller intimate venues, and I saw you on a bigger stage at Forecastle Fest a couple years ago where a band from another stage was so damned loud that they were interfering with your set. That had to piss you off!

JS: Not at all. I mean, I feel bad for my audience who want to hear what we are doing, but I chose to be ruthlessly quiet and that is something I’m used to. Outdoor festivals can be rough. But I’d rather do the show outdoors than inside any day. The first time I played Forecastle Festival it was when the stages were all tucked in the hills a little east of the big lawn. That created more sound isolation and shade from the July heat and was a far better setting, in my opinion.

NN: How has the #metoo movement effected you as a female musician? Have there been any particular obstacles you’ve had to overcome as a female in today’s music industry?

JS: I’ve seen and heard how the industry has a certainty lower capacity for female musicians. I have gotten lucky, but I have friends who have asked for help getting their really great records out, and you hear this funny response: something to do with “but we already put out a lot of women this year” etc.

There are reviewers who make lazy comparisons of me with Joni Mitchell or Joan Baez, or writing how women’s voices usually “get to” them, but somehow I passed their test. It’s meant to be a compliment. It’s often assumed that as a woman your musical lineage came from women, and that’s how they write about you and process you. All so limited. And so untrue for my experience.

NN: If you had to choose, what would you consider to be your favorite thing about Louisville?

JS: The parks and creeks and the Ohio river, and the particular kind of woods only we have, with the big limestone boulders that stick out in the woods. That is what I think about when I miss home and Kentucky. Just all the green and all the dramatic weather.

NN: On the flip side, what would you consider to be your least favorite?

JS: The thoughtless development. It just seems like someone up at the top is a really bad designer. Or no one cares. They have new plantings of trees under power lines, so they will have to be ripped out eventually or gouged in a few years. There are all these gigantic loft developments going in where the roads can’t hold that many people. It hurts my heart knowing that what they are inevitably going to give up are all the old trees and green areas alongside those roads, for some developer to put what looks like a giant plastic grocery cart in the sky. Concrete jungle stuff. It’s embarrassing.

NN: As the temperature slowly begins to increase in Louisville, is there a particular record that you’re looking forward to listening to in warmer weather?

JS: Man, then it snowed 5 inches!! I haven’t had a clear musical thought lately. On the breezier warmer mornings, its diving into all the mo-town songs I use to love, especially those written by Holland-Dozier-Holland. I just listened to “Standing in the Shadows of Love” by The Four Tops again for the first time in a while. I’m also excited for the new Mind Over Mirrors record Belowing Sun that comes out in April. What I’ve heard so far is so good. Like swimming in an alien ocean full of whales-good.

NN: Before you go, tell us about one or two Louisville bands or artists that you’ve been particularly into lately.

JS: The Other Years! Anna and Heather have been writing these stunning songs. I know they are working on new ones now, and I’m really excited to hear more from them. And the new Elk Hound record “The Static and Hum” is very good. 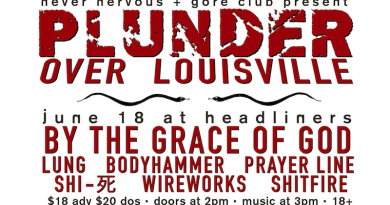 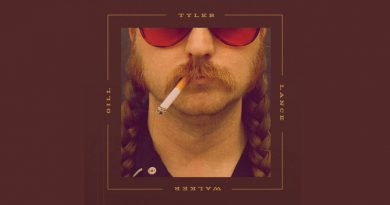 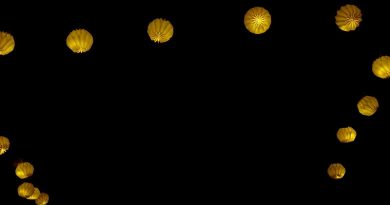